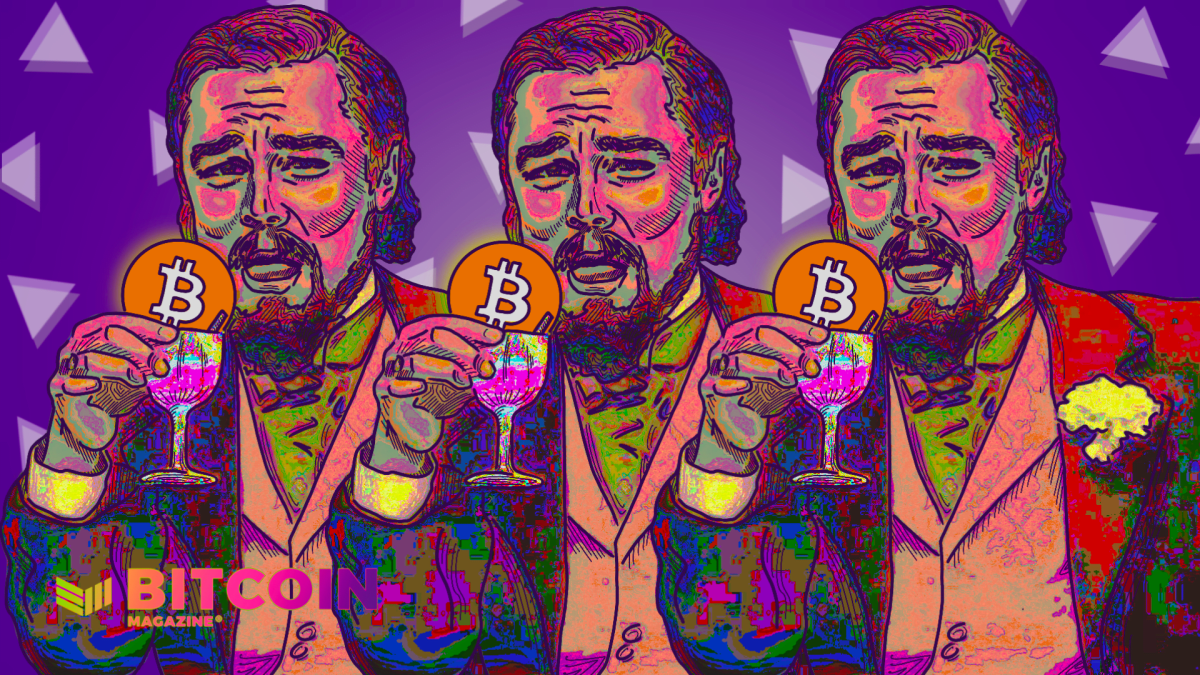 This is a transcribed excerpt of the “Bitcoin Magazine Podcast,” hosted by P and Q. In this episode, they are joined by Brandon Green to talk about how the European debt crisis is bullish for bitcoin.

Listen To The Episode Here:

Brandon Green: Yeah, there are other things. There are other questions that I’m thinking about. Another one would be, as you’re starting to look at politicians more and more involved in the space one thing that’s gonna be fascinating is like who, who are our real quote unquote friends, right?

It’s easy to come out and support Bitcoin. It’s growing and it’s exploding and you, the politician, can see the dollar signs in signaling for it publicly. It’s another thing when we’re in a bear market and it’s not the sexy thing, and it’s not even popular to be talking about it at the moment. Are they still gonna come out and defend it?

I don’t know. My gut says probably not. I think that maybe you have [Cynthia] Lummis, maybe there’s a couple other ones who like, actually care about Bitcoin, but I would say for the most part, they’re just there to get more votes and figure out how to co-op our movement. I think that’s gonna be another interesting thread.

The biggest thing that I’m paying attention to specifically for Bitcoin is the resolution of the macroeconomic crisis we’ve thrown ourselves into. And this is something that I was talking about a little while ago on the Twitter space. You have a scenario right now where the EU is teetering on dissolving.

There’s no other way to play it. You’ve got really two factions. You have the “PIGS” countries: Portugal, Italy Greece and Spain, Ireland is sometimes thrown in there. They’re all relative importers, like they import more than they export. They are high in debt.

A lot of times these are the countries that basically got bailed out by Super Mario Draghi after the great financial crisis in 2008. If you hadn’t done that, it looked like the EU could have toppled then. And what ended up happening is that the European Central Bank said, “All right, we’ll just buy the debt from all of these Southern European countries and basically become a backstop.”

They’ve continued to do that. The ECB is standing up for the southern countries of the EU and that’s fine — it was fine — because the EU was a net exporter. And so because of that, you still had demand for the currency coming from abroad. With the whole Russia gas crisis where Germany and other countries got cut off from Russian gas, their costs for energy crept up so much that it actually erased their net exports. Now, Germany even, and all these other countries are now net importers as well, which has caused a demand for the euro to cave.

You saw the euro hit parity with the dollar earlier. You’re actually looking at a scenario where the euro is itself weakening. The problem with the ECB is that it has only really one mandate, which is to maintain the stability of the euro. It’s not to protect the entire EU and prevent it from dissolving.

There’s this starting to form these perverse incentives where if they’re gonna protect the euro, that means raising [interest rates]. But if they raise rates and they stop the purchasing of debt from southern countries, which would protect the value of the euro. By doing that, you raise rates, you stop printing money.

Then you run into a scenario where no one’s buying PIGS’ nations’ debt. And at that point, they default on their debts, and if PIGS nations default on their debt — again, this is Portugal, Italy, Greece, and Spain — you’re running into a problem where they need to renominate in their own currency so that they can actually print their way and inflate their way out of it.

That’s their only choice and that’s starting to happen. The ECB actually raised rates 25 basis points last week. At the same time, you saw Super Mario [Draghi] step down as the prime minister of Italy. You’re seeing some of the machinations of this happen right now.

This is very important to pay attention to. The alternative would be the northern countries; you’ve got Scandinavia plus Germany, which had been the economic powerhouse — I’ll explain why kind of all this matters with Bitcoin — but you have the economic powerhouses that have been these net exporters that are seeing the inflation in the system. And they’re saying, wow, okay. We don’t wanna keep printing all this money. We need to tighten up so that we don’t all see this rampant inflation, to prop up the PIGS nations. If the inflation isn’t curved, if the spending by the government isn’t stopped, then the northern countries will all elect their own populous leaders, similar to how the U.K. Brexited and you’ll see Germany and some of these northern countries exit the EU on the other end.

The reason why this is interesting to me for Bitcoin is because there’s not a lot of solutions for Europe. If that happens, you’re gonna see huge amounts of currencies, basically being minted and printed overnight. A lot of people are not gonna go back to that system of redenominating their debts on a new currency.

That’s also backed by nothing, right? These currencies need to be derived from something and so Bitcoin is a huge answer for that. If that doesn’t happen, the only alternative is for someone like the U.S. to step in and basically do yield curve control for the EU. That is not our mandate. I can tell you that.

And it’s gonna cause us to start printing even more money than we imagine printing for COVID. If we’re having to prop up the entire EU with our federal reserve.

P: And so what would that look like? What do you mean when you say yield curve control of the EU?.

Green: Let me back up. What is yield curve control? Yield curve control is basically your attempt at controlling the interest rates on a bond. And by doing that, you’re actually putting that bonds payout below what the inflation rate is. So anyone who’s purchasing bonds is like, “All right, I don’t wanna hold this bond. I’m losing money in real terms.” Then they sell it. If you sell bonds, you need a buyer. If no one’s buying, then the rates start rising and that causes the debt to be higher. So what the EU does usually is they go in and backstop it and they say, “All right, we will just buy all bonds at this price level and basically control the yield curve control the yield on it.”

They can’t do that anymore. Cuz they printed too much money and there’s inflation and all this kind of stuff. The only person who could really be in a position to do anything about it is [Jerome] Powell and the U.S. Federal Reserve. If the U.S. did that, then you would see just massive printing of the dollar and you would get into the same basic macroeconomic set that got us from 2009 to today, which you’ve seen what bitcoin has done.

So that’s the other case of Bitcoin, like either way you slice this, is incredibly bullish for the price of bitcoin. It’s just, it comes at the expense of stability in somewhere like Europe.